Middles Beach, Isabela, Puerto Rico (Sunday, October 18, 2015) – The 28th Edition of the Corona Extra Pro Surf Circuit O’Neill Series #2 finished and crowned champions today in 1-3 foot surf. The surfers battled in difficult small conditions but this do not stop finalists to show their repertory of maneuvers and great performance. The champions, Brian Toth (PR) and Nikki Viesins (Fl), were able to prove themselves in varying small waves and wind conditions. 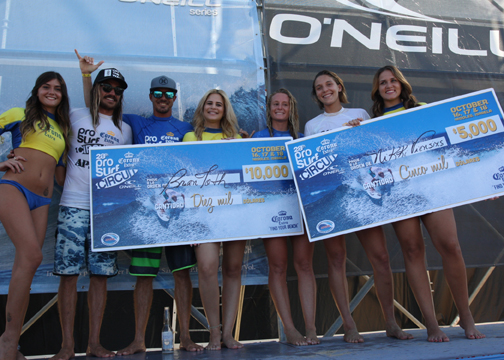 Toth channeled his stand-out performance on day one into a $10,000 champion check on the final day. He stayed consistent and stuck to catching mostly rights off the Middles point and annihilating them with sharp backhand pocket surfing. The final showdown was between Brian Toth (PR) and Dylan Graves (PR). Both surfers opened the heat up with good waves but Brian was able to hold the win with the highest wave of the event an 9.23. Dylan also posted multiple goods by putting his power surfing on display. Other top performances of the event were semi finalists Cody Thompson (Fl) and Rafael Pereira (VNZ). The highest heat total was awarded to Brian Toth (PR) with a 17.16, he received the O’Neill Best Performance of the Event award for $1,000. Toth entertained the crowd with his airs and long combinations. He was able to use his speed to make long sections where other surfers were getting caught behind. 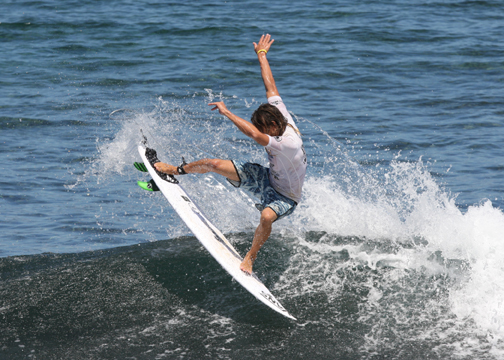 Florida resident Nikki Viesins (Fl) put her small wave knowledge on display and came out the victor on the women’s side of competition. Viesins was able to find herself on the better waves and utilize her priority toward a win over Alexis Engstrom (PR) and take home the $5,000 first prize check. Viesins also won the O’Neill Best Performance of the Event award for her high heat total a 16.17 and receive a check for $1,000. Other top surfers on the women’s side were semi-finalists Maria Kuzmovich (PR) and Amy Murphree (PR). Kuzmovich had a notable performance during the event but running short in the semis and loosing to runner-up Alexis Engstrom but posting the 2nd highest heat score of in the women’s division of the event, a 12.90. 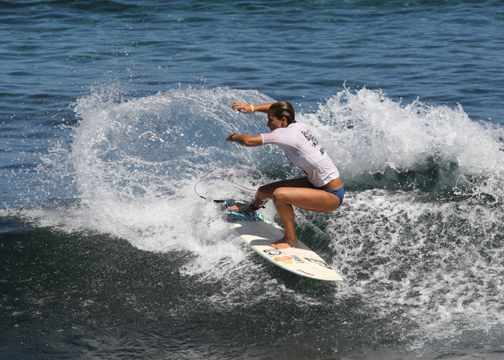 For the first time, we ran the very exciting Chillin' Cup Specialty Event sponsored by O'Neill, Corona Extra, Jose Cuervo, Hang Losose Surf Shop, High Impact & Mundo Rad, with a $2k purse. This intense team competition was won by a team composed of Marley Puglielli, Asher Nolan, Gabe Kling and the team captain Alexis Engstrom. Winner team take it all. Not bad. Extra toping on the cake.
See you in the 29th Edition of the Corona Extra Pro Surf Circuit, O'Neill Series #3 in March, Playa Domes, Rincón. In this event, we will crown the champions of the current circuit! Have a chillin' time!!

Thank you to all sponsors: